MSU’s Ted Paul Theatre will undergo a renovation this summer using a half-million dollars in private funding to improve accessibility and make the experience of catching a show more comfortable.

Construction starts on July 2, the day after the final show of the musical “Shrek”. 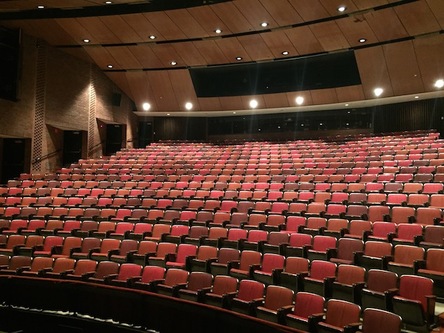 “We now have what’s called the luxury package. Every seat is gonna be wider, it’s gonna be taller. There’s gonna be lumbar support. What we’re doing is we’re going down to 479 seats. But because of that, so right now we can badly accommodate one or two wheelchairs, in the new seating we’ll be able to easily accommodate eight.”

Hustoles adds that they are still in the process of raising money for the project and are accepting donations by the way of purchasing seats at the theatre.

“You can buy a seat for only $1,000. Which sounds like a lot, but we’re not selling 500 seats. But we’re trying to sell these seats and we’ve already raised over half of the money and it’s a go. We’re gonna do this.”

Additional improvements include a new grand drape, carpet, paint and safety improvements along the orchestra pit.

Musicals this year were scheduled earlier in the season to allow time for construction to be completed before the opening musical of the 2018-2019 season.